How to Start an App Business?: With Some Real Stories Behind It 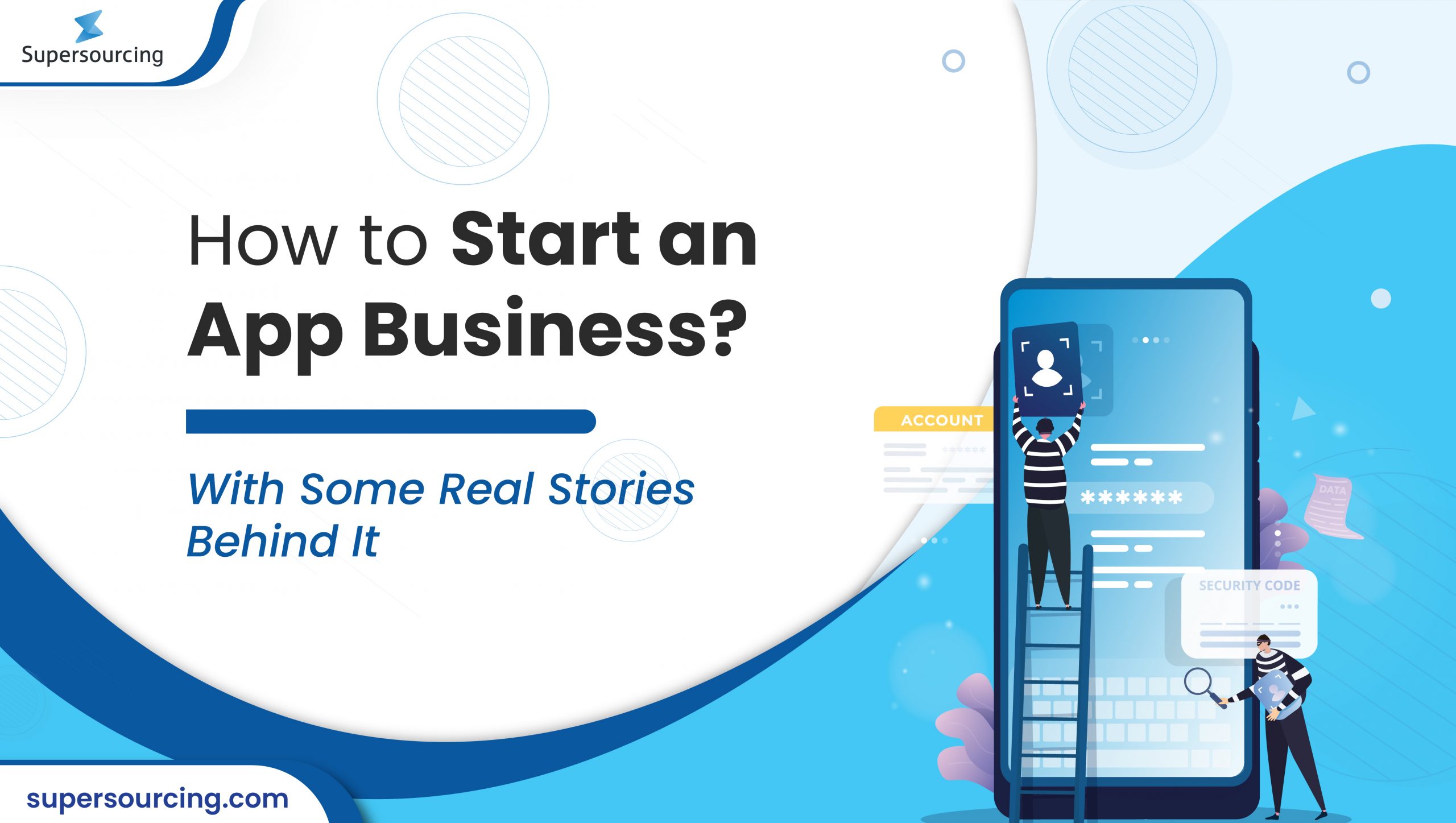 To start an app business by only having a new app idea. No matter what purpose you wish to achieve with it is simply not enough – the app industry is too competitive. It’s getting harder to stand out, and the commitment is high, given both your time and budget. Unprepared access to the mobile app development stage will lead to expensive, irritating, and brand-damaging errors.

If you spend your time breaking down building blocks together, you can make the construction process fundamentally smoother and give yourself a lot of comparative advantage. It takes a bit of patience, but it’s incredibly worth it. As app entrepreneurs, we each have our own idea of what a great app is. For others, the first 10,000 downloads is a benchmark in-app growth. Whereas for some, only bringing one user to use the app will be regarded as a significant achievement.

There are so many great app success stories out there. We all agree that if we could only grow our concept, we’d achieve app success too.

Unfortunately, many app developers won’t have a success story to share when all is said and done. Why?

Here is a list of some startup app creators. That are talking about their app success stories to inspire you with some mobile app inspiration and find out what it takes to start an app business.

Have You Got the Right Idea to Start an App Business?

Ask any popular startup app creator (or any developer for the same), and they’ll tell you that app ideas are a dozen or so. However, you need to get a good app idea in place before you can test it and deliver it to customers.

Performing applications don’t simply ‘live,’ and consumers don’t download them just because they’re in the App Store. Startups that become app success stories. It fix challenges and draw inspiration from people who face a particular challenge and look for a solution. Millions of applications are made by developers, and the platforms they have created address millions of problems every day.

Some Real Stories- How they Start an App Business?

Steven Benson, the maker of Badger Maps, discovered a concern whilst working in his industry. Steven’s career focused on sales, and that’s why he knew the problems faced by field salespeople firsthand.

Some people say that success is the product of what happens when planning combines with opportunity. Often, when you organise yourself enough, you’ll have the opening instead of the other way around.

In the case of Badger Maps, Steven said, looking back at it, it was a mixture of his sales expertise and business experience with tech and mapping. Which made him well-placed to start a company and solve field sales problems. He was in the right place, the right time, with the right history to develop the concept and start the business.

The producer of SportMe, Andrew Greenstein, had a relatable tale about being trained. With a background in AI and Robotics, he was able to identify how his skills would benefit the sports industry. When asked about his app concept, he said he had always believed that technology would play a powerful role in helping everyone better themselves every day. He started SportMe to apply technology, AI, and robotics expertise to participatory sports; to choose marathon training because of its welcoming and fast-growing culture.

Often the best ideas come to you when you’re most prepared to receive them. The more you know about something, the more you will recognize problems. As it require a solution and possibilities where use your expertise to address niche issues.

Is there Anything that would Stop You from Starting an App Business?

There is a similar factor in all app success stories – overcoming hurdles. Building any company is difficult, but app entrepreneurs have particular obstacles that creators must tackle to meet their priorities and objectives. Often, solving these obstacles would force you to be incredibly imaginative and place yourself in situations that can make you uncomfortable. How fast are you going to conquer the problems and make a successful app?

Here are some of the real stories behind successful business apps.

Paytm has become a lifesaver for everyone who is cash-strapped. The company was established in 2010 by Vijay Shekhar Sharma. Interestingly, who had no idea what would happen that transform his company for the better.

While demonetization could have been a curse for the general public. Whereas it turned out to as a blessing for Paytm’s owner. Paytm was originally intended to be an online wallet for making payments for restricted services such as smartphone and DTH recharge. Paytm’s scope broadened as time passed. Its services are now available for everything. Including recharging metro cards, paying utility bills such as energy and water, transferring funds to other bank accounts, booking flight/train/bus tickets and hotel reservations, and so on.

When starvation hits, nothing makes sense, and what could be easier than having food at your door with few button press. That was the sole motivation behind the introduction of Swiggy in 2013. By three musketeers: Nandan Reddy, Sriharsha Majety, and Rahul Jaimini.

Swiggy provides all foodies with a simpler and more convenient way to order food. A distinct online food ordering network was created. As the three co-founders placed their respective expertise in technological understanding, conceptual operations, and proper strategy execution on the table.

The most difficult issue to overcome is public transit. In March 2009, Uber’s CEO, Travis Kalanick, resolved this issue. By creating an easy, user-friendly, and convenient way of booking a taxi. Uber’s online smartphone service has taken the company to greater heights. It is a convenient form of transportation that provides seamless cab services in over 58 countries.

Booking a cab has never been easier than it is now, thanks to the Uber app. This app is built with Geo-based technologies and addresses major travel concerns with secure cost-effective, and time-saving resources. Who knew a basic cab booking might turn into a lucrative business plan?

Start an App Business: Is Your Concept Actually That Different?

There are just too many copies in the App Store currently. There are 20 more ride-sharing applications like Uber that provide the same service but fail to catch up. Successful app creators are approaching unmarked terrain; they’re not just following suit because they’re catching the breeze of a gold rush.

For Steven Benson, Badger Maps provided sales reps with a more organized way to complete an inefficient process because:

They brought all these items together and placed them on a single platform to create a more viable app solution for Field Sales Reps. They have a very special workflow, and they’re constantly moving. Hence they need more digital solutions than anyone else. As a result, Badger differentiates itself by prioritizing fantastic mobile experience.

Start an App Business: Is it Scalable?

Successful apps are in a position to take their initial success and scale it quickly through their market. Not only can they perform for a group of users, but they have a strategy that can be accepted by a large percentage of a particular niche segment. Most app success stories start small with a handful of testers or early adopters. Eventually, can grow consistently to attract more and more users every month.

When Steve Carlton first created Invitd, only a handful of people downloaded it. But they could expand massively and grow their user base at an exponential pace. Invitd helps hosts request invites in less than 60 seconds and sends invitations via text message. Steve reports that the day the app was released in 2014 was a rush, with a record of 34 downloads! Since day one, their goal has been to make the method of submitting invites as simple as possible. They’ve been focusing on having a fantastic atmosphere for the host and the visitor. Just over three years back, more than 250,000 registered users and 5 million invites have been sent.

Start an App Business: What is App Success?

Success at any capacity is never ‘one-size-fits-all.’ Why?

SportMe’s Andrew Greenstein hit a big landmark when they achieved six-figured sales. As a result, their smart marathon run instructor ranked as #2 Marathon Trainer in the Apple App Store.

For Alessandro Cadoni, the Friendz App team was popular as they consolidated the Italian market in 2017. Building a network of nearly 200k users, with 27% monthly active users (MAUs). They arranged the ‘Friendz Tour’ – offline meetings with the team in some Italian cities. Where they had picnics together and spent several afternoons chatting about apps, photos, their lives, and their passions. Over the past few months, they have collaborated with more than 120 customers, mainly international companies (FMCG). More than 200 brand ads were launched, and more than 2 million images were released. Thus, generating more than a million euros in revenue.

Start an App Business: Will You Be the Next Success Story?

The first step in creating a successful app is determining what success means for you, your app, your team, and your market. The second step is to get going. About 95% of app innovations die in one of these two stages; either the creators cannot define success and thus will never attain their undefined goal, or they define success and recognize that it is a far greater journey than they are committed to undertake.

Supersourcing is a platform for recognized technology professionals. Supersourcing is a next-generation network, helping enterprises find the best tech firms to collaborate with. In a totally different approach to addressing outsourcing by vetting organizations. It is based on various requirements and encouraging project management for the chosen organization. This 360° coverage allows the trust to strengthened and ensures the right expertise. Get support from Supersourcing today!