Slow and Steady Wins the Race: Shopify Growth Over the Years 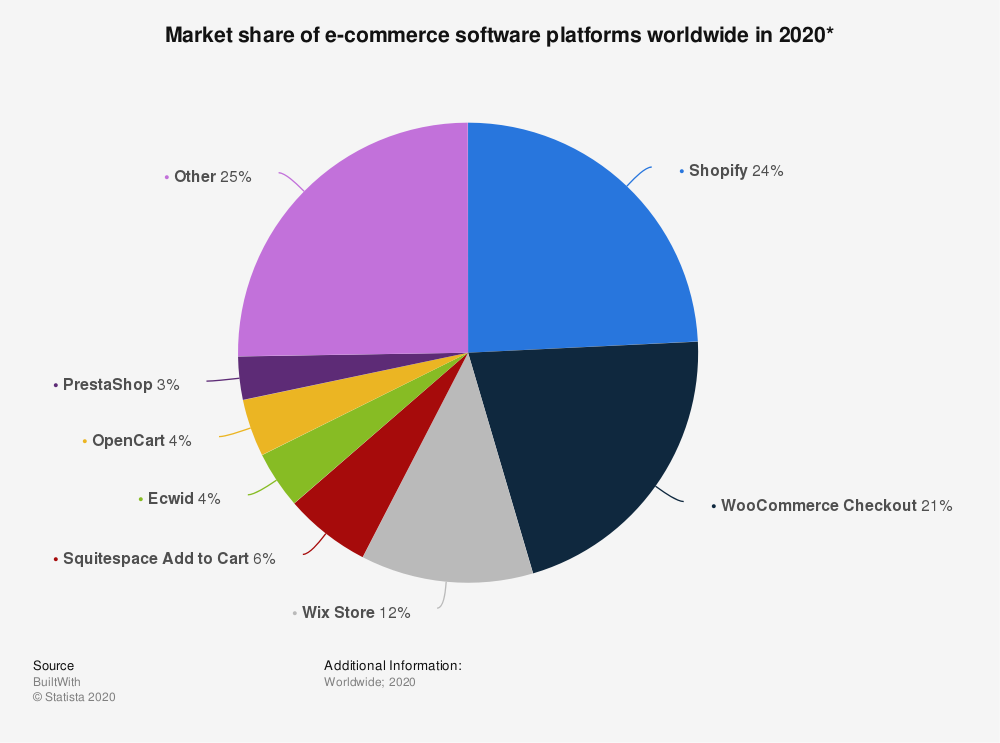 The top e-commerce platforms are emerging from the U.S., the UK, Canada, and India. Shopify is the market leader in this sector worldwide in 2020. It is clear who will be the winner in the race for the largest number of customers. The statistics have revealed that most of the users prefer to purchase products from Shopify.

E-commerce platforms are platforms that help merchants to build and maintain an online store. These e-commerce platforms serve the core function of payment processing and connectivity to a checkout system. E-commerce sites are designed to entice users to purchase a product or service while providing online customer support throughout the purchasing process. The 5 leading e-commerce platforms in 2015 were Shopify, Yahoo Stores, Magento Commerce, BigCommerce, and Demandware. The industry was also expected to grow by 22 percent according to the statista.com website. It is estimated that by 2020 there will be a worldwide population of 3 million people who will engage in buying goods and services through virtual digital channels.

Shopify generated over 900 million U.S. dollars in subscription solutions and around two billion U.S dollars in merchant solutions in the fiscal year 2020. Over the measured period, both segments have witnessed rapid sales growth. 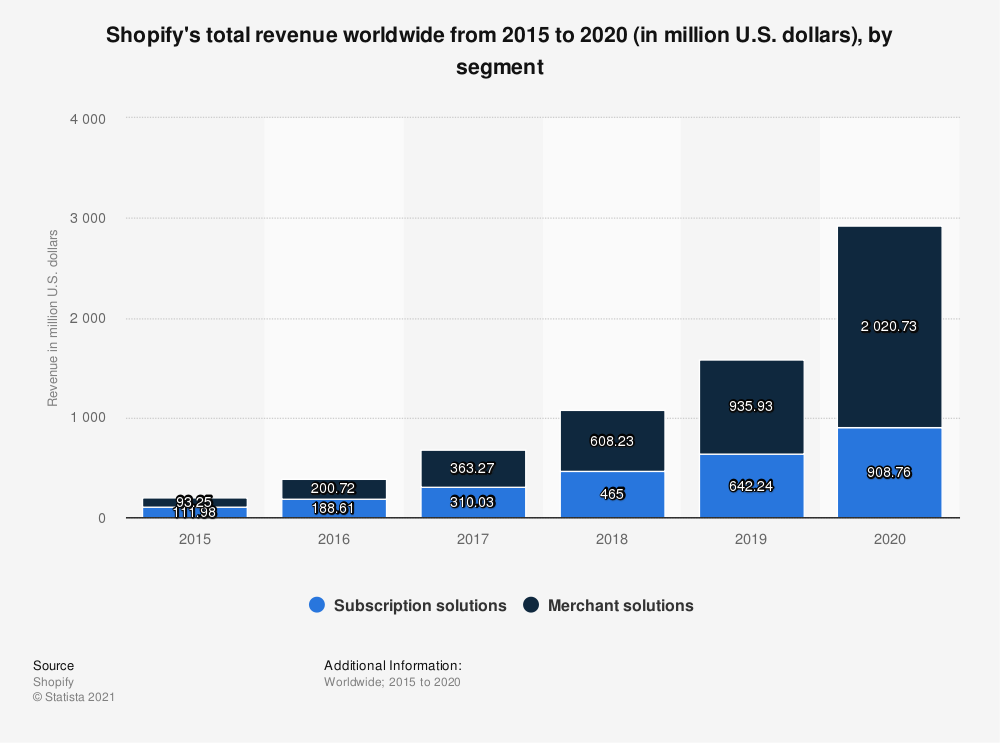 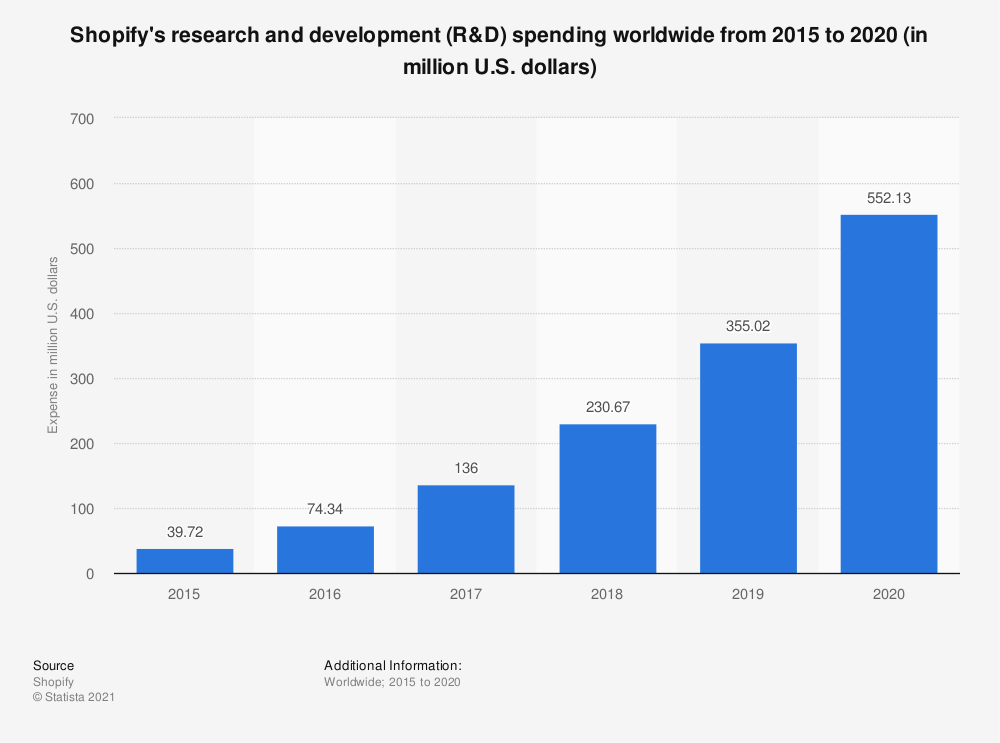 Shopify become a successful digital commerce company because it was build from the ground up as a merchant-first company, with a mission to make commerce better for everyone. This means we want merchants to use Shopify’s tools to launch their businesses instantly, and sell whatever they want on their store without having to handle any supply or ship any orders. So why do we want this? It’s because Shopify’s solutions for sellers will help you get more done – faster, easier and with less hassle. As an entrepreneur myself, I know how difficult it is starting your own business. With the right tools at your disposal, you can be up and running within days and making sales without having to fully staff up.

Membership began in 2015, when Shopify opened its first Partner Network. Since then, they’ve built more than 500 partner networks and implemented tens of thousands of new features for Shopify stores. During 2020, launched a number of initiatives to help merchants onboard quickly and run their businesses more easily.

It’s a big deal for Shopify to get access to China’s rapidly growing market. Why? Because it allows them to send money to people who live in China with their mobile device and cutting out a middle-man. This, allows them to take payment directly from their bank accounts. And for that, merchants just have to set up an Alipay account for their store and open a payment gateway with Alibaba. And there’s a catch: Alibaba owns 900 million active user accounts, or about one in every eight active personal computer users in the world. It’s a massive market opportunity for Shopify. However, they’re eager to seize without putting too much pressure on their American users. 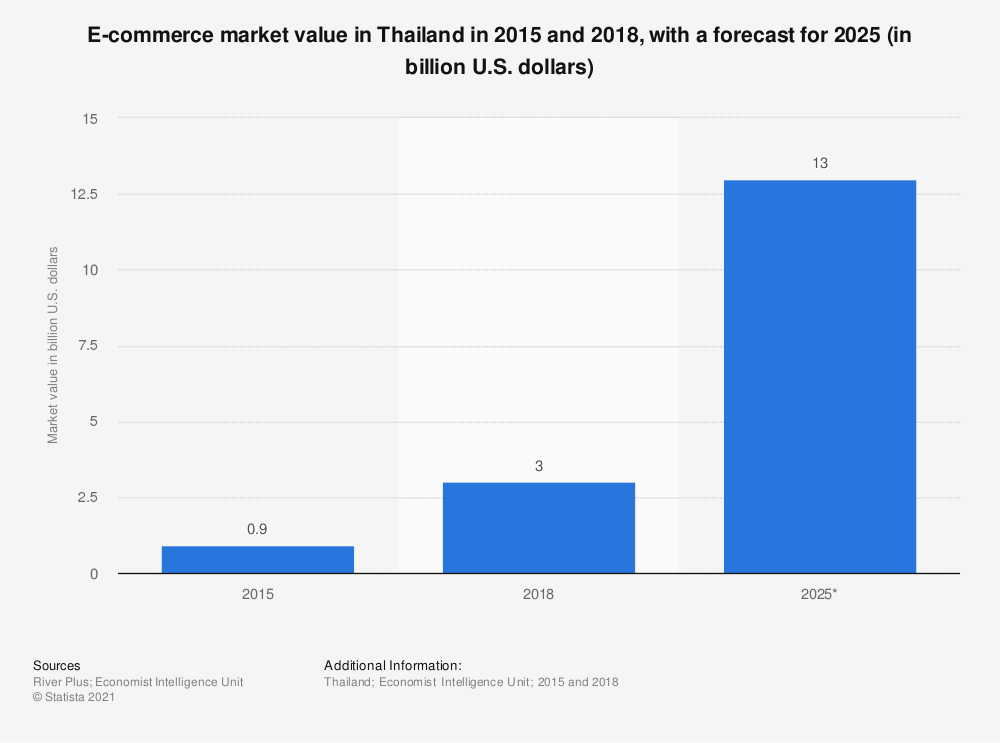 Market Size of B2C Ecommerce in Europe 2019, by Country

The UK is Europe’s biggest B2C (buyer-specific) e-commerce market. In 2019, UK consumers spent $200 billion on online purchases, according to research. Germany was at second place with $57 billion. It is followed by France with $47 billion, Italy at $41 billion and Spain at $39 billion. As our increasing shift to internet and mobile commerce continues. It’s no surprise that the UK is experiencing a surge in e-commerce app spending. As we buy things from the comfort of our living rooms, then shop online for return sales after the fact. In other words, UK shoppers have become hyper-aware of their digital footprint across multiple devices.

Statista published an article showing that e-commerce represented more than 15% of GDP in countries such as Belgium, Denmark, France, Germany and the UK. Looking at this measure alone, it’s easy to see why countries like the UK and France outlaw shopping online. They take up more of our time than we can ever achieve when online. However, taking into account the content displayed on each retailer’s website as well as the amount of time spent on each product. This article shows that the online shopping market is growing globally. Not only is this data evidence that online shopping is becoming a global activity. It also confirms the decreasing cost and increasing convenience of shopping online which benefits consumers and retailers alike. 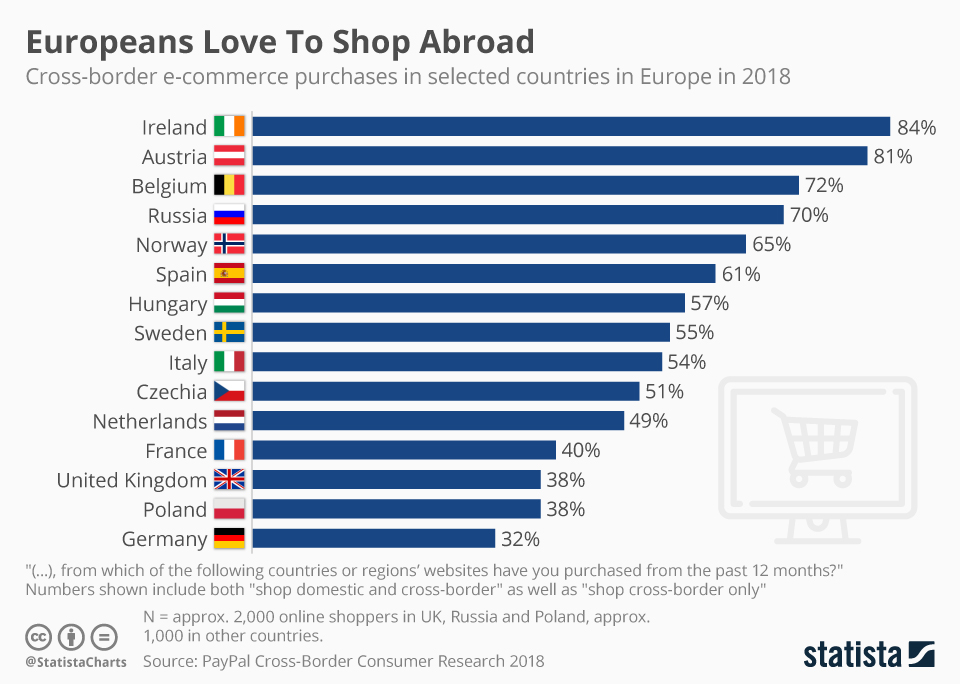 Among online shoppers from Ireland, Austria and Belgium, e-commerce retailers with an online presence in these countries had an average conversion rate of 66%. For comparison, the conversion rate for all European retailers was 35%. A study by Google revealed that while about half of U.S. online shoppers currently go to a research site before making a purchase. Nearly a third are keyed into seeing what other shoppers think before making a purchase. Online shopping is now big business in Ireland and the United Kingdom (over $5.6 billion and $3.8 billion respectively).