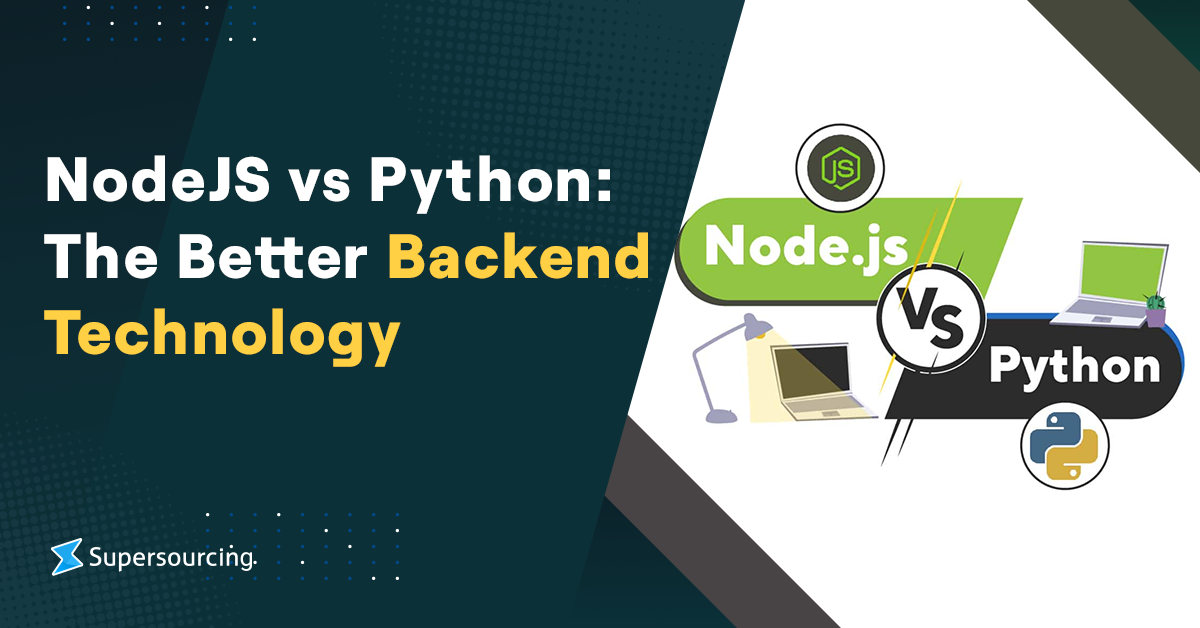 Businesses are constantly looking for ways to improve their productivity and efficiency. In many cases, this means selecting the right technology stack for their backend needs. NodeJS and Python are two of the most popular options available, but which one is better?

Deciding on the right technology to use for your backend can be a daunting task. Do you choose Python or NodeJS?

In this blog post, we will compare NodeJS vs Python and determine which one is the better option for your business. We will look at the performance of each language, as well as their uses for backend development. By the end of this article, you will be able to decide which technology is best for your business!

The Need for Backend Technology

In order to understand the debate between NodeJS and Python, it is first important to understand what a backend is and why businesses need it.

Node JS vs Python for Backend

Now that we understand the need for backend technology, let’s compare NodeJS and Python.

NodeJS is a JavaScript runtime environment that was first released in 2009. Node JS allows you to run JavaScript on the server-side. This makes it possible to build full-stack applications using only JavaScript.

Node JS is also able to take advantage of multiple cores on a server while Python cannot. This makes Node JS even more efficient and faster than Python.

If you are looking for a fast and efficient backend technology, then Node JS is the clear choice over Python.

So, if you are just starting out with backend development, then Python may be the better choice for you.

When comparing Python vs Node for backend, it is important to understand the difference in their architectures.

Multi-threading is a phenomenon whereby a single process or task is divided into multiple sub-processes or sub-tasks. Event-driven programming is a programming paradigm in which the flow of the program is determined by events such as user input, sensor output, or message passing.

Node JS also has higher scalability than Python. This means that Node can handle more traffic without slowing down. Python, on the other hand, will start to slow down when there is too much traffic.

Learning Curve and Syntax in Python vs Node JS

Node JS has a steep learning curve. This is because Node JS is a relatively new technology. Python, on the other hand, is an old language that is easy to learn.

The syntax of Node JS is also more complicated than Python. This means that it will take you longer to write code in Node JS than it would in Python.

However, the extra time spent learning Node JS and writing code in Node JS will be worth it in the long run. This is because Node JS is a more efficient and faster backend technology.

Python vs Node JS: Use Cases

Both Node JS and Python can be used for backend development. However, there are some use cases where one technology is better than the other.

So, Which One’s Better?

Node JS is the better backend technology for most use cases. However, Python is a great language for prototyping and rapid development. Nevertheless, both the programming languages have their own pros and cons. It would be best if you chose the language that is best suited for your project. Understand the scope, use cases, and functionality of the project before choosing a backend technology.