What is DevOps? Benefits, Tools and their Best Practices 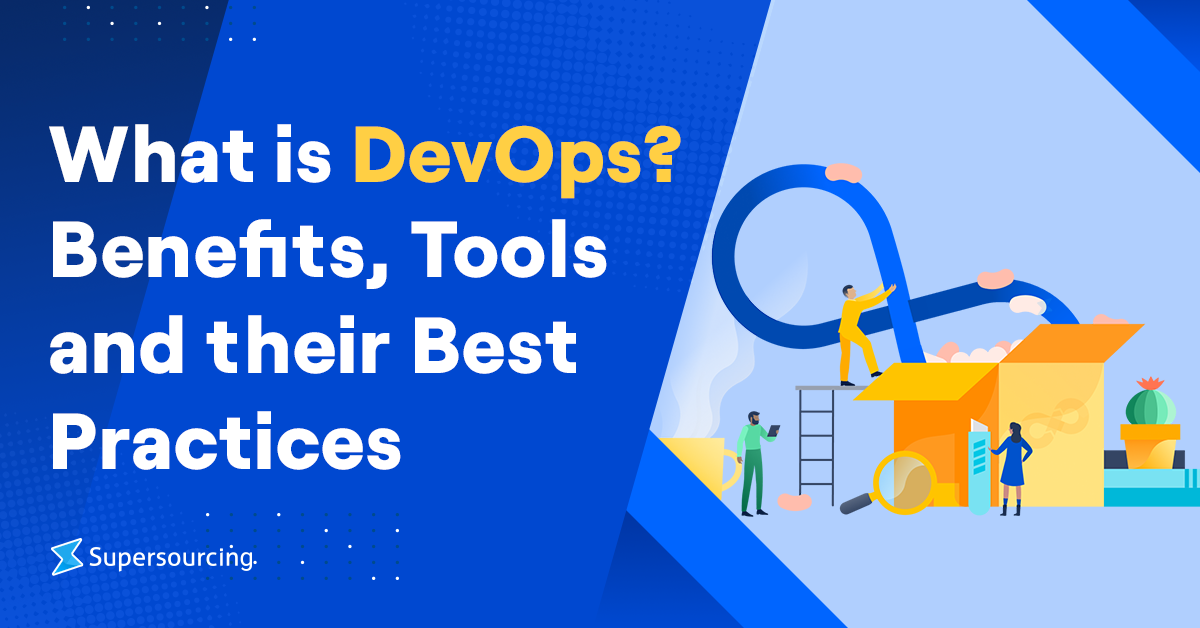 DevOps comes as a contraction of the two words ‘development’ and ‘operations.’ It is a step away from the conventional siloed approach. As such, using DevOps tools is about moving towards a holistic and integrated team that can work on Operations, IT, and Development as a unit. In this case, every part considers the requirements and needs of the other part because the aim is to ensure business values to customers in a reliable and quick way.

DevOps best practices are now coming into the mainstream because Operations and Developers are collaborating and communicating to ensure faster release of any software. So, developers work with operations to find out how the codes impact infrastructure and for accessing the production system to troubleshoot and monitor. At the same time, operations work with developers to form self-service, automated, and usable tools and infrastructure.

Read on to know all about its benefits, tools, and best practices.

Top DevOps benefits to know about

Before you hire DevOps developers, it helps to have a brief idea about its benefits:

Now that you know about DevOps benefits, let’s move on to the tools.

Keep in mind that DevOps technologies involve the use of a host of tools. Here are a few examples of the tools being used:

One of DevOps best practices is version controlling and the source control tools are critical in this matter. Along with versioning the source code, developers can also use the tool to version the configuration settings and files and all that can be defined through text files.

Continuous deployment and integration are crucial to enable the kind of automation that forms the base of rapid and short release cycles. It orchestrates the entire procedure and holds the responsibility to manage the entire application flow.

Testing is a core phase of any DevOps lifecycle. When you combine the testing tools with continuous integration, you get test automations that are essential for the faster feedback cycles.

The repository manager can majorly reduce the huge complexity associated with managing the binaries of an organization. The fact that it fastens the builds also means that it helps to reduce the release cycle. However, you need to leverage a universal repository manager that can be flexible enough for seamless integration in all the DevOps ecosystem of the organization.

Tools like Terraform, Ansible, Puppet, Chef, and Docker form the configuration and environment that enables you to run the system and carry out the testing.

DevOps benefits also involve constant monitoring at each stage in the cycle to ensure rapid remediation and early fault detection.

DevOps also involves prioritizing security and there are various tools available for every stage in a DevOps cycle.

Communication and collaboration are crucial aspects of the DevOps culture. Now, there are different tools to aid with ticketing, messaging, release planning, and so on.

DevOps best practices to be mindful about

A DevOps developer has to be mindful about the following best practices:

Involvement of developers in operations

When a developer participates in different operations as a part of an integrated and holistic team, it is about stepping out of the enclosed development environment and entering the actual arena of production systems where they’re supposed to run the code. In doing that, they have a better awareness of how code related changes impact production infrastructure.

Also, it helps to ensure that code changes do not have any adverse impact. Furthermore, developers have access to different production systems. Thus, they can have the responsibility to troubleshoot and monitor. They can also take part in remaining on-call when a production issue rises.

Operations need to have developmental involvement

Operations are made aware of all the changes to the code that are meant for development. As a result, they are able to anticipate how they can impact product infrastructure and make sure that developers keep in mind factors like tooling, security, troubleshooting, deployment, monitoring, and hardware constraints required for any production system.

The use of version controlling systems for source code has been accepted widely as one of the standard practices. In DevOps, the idea of ‘coding’ extends to each aspect of a production system. So, along with the source code, you can version control hardware and software configuration files, parameters, settings, and all else that partakes in the runtime systems.

It is common to use agile methodology to develop software. However, you can also use agile methodology to manage infrastructure and treat it as code. Developers will need to version changes before they implement the changes in any discrete and small steps. At every step, the developers will need to tests the system to make sure everything is intact.

Changes at all the stages of the software delivery pipeline, right from the development to the production system, have to go through the CI/CD system. It makes sure that when something fails, a faster feedback loop exists that can lead to faster recovery.

In DevOps, production, staging, and development environments have to use the same hardware resources, configuration, and tools to the greatest possible extent. It helps to make sure that all the things that work in development eventually transition properly to a production and staging systems.

And that’s all! DevOps has several benefits over the conventional systems and it will advance further in the years to come.