How to Build A Banking App: A Step by Step Process 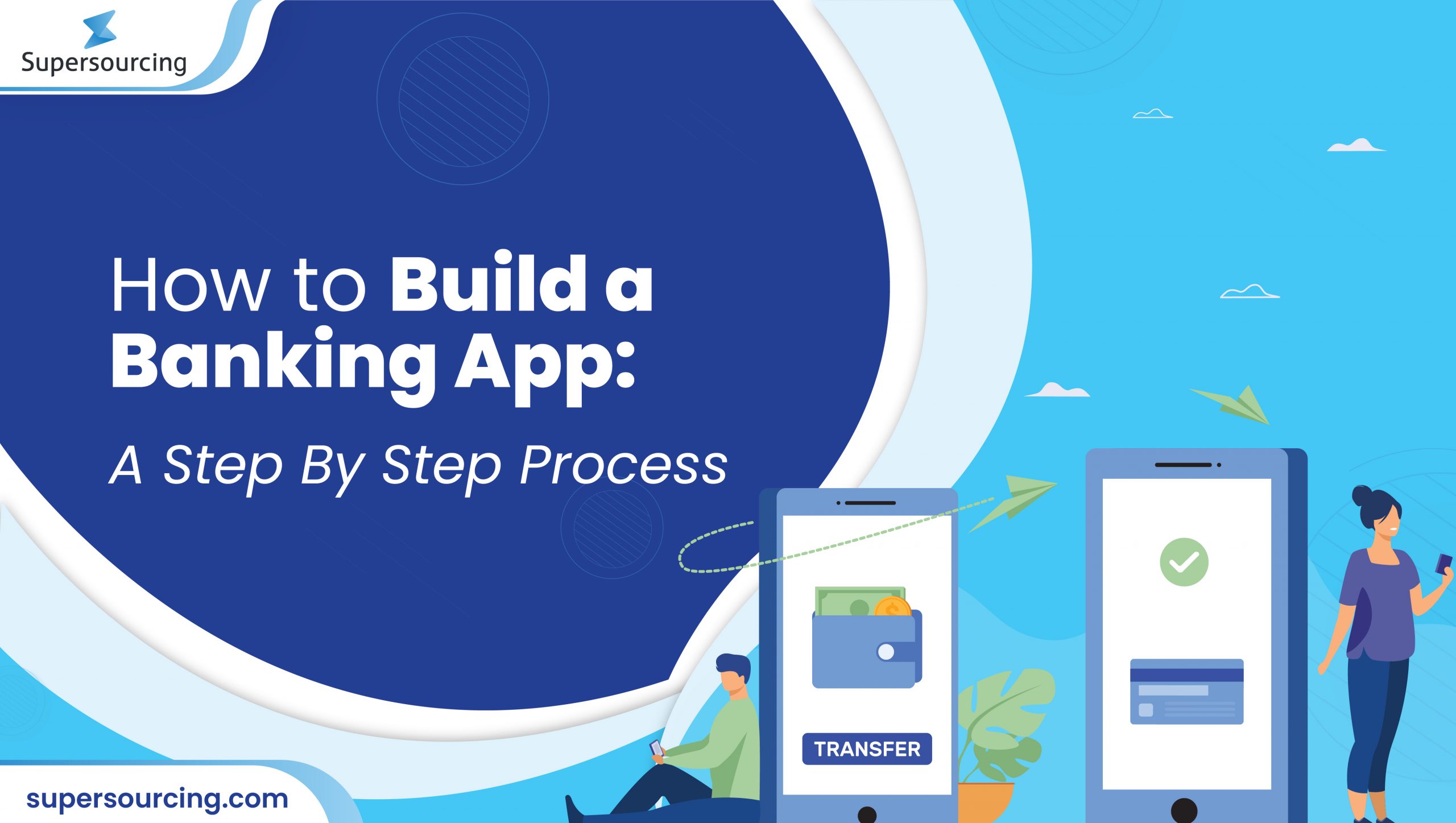 The journey of a mobile banking app has been extremely tumultuous since its inception. When banking apps came along, banking had traditionally been physical activity. When people wanted to carry out banking transactions, such as to deposit or withdraw money, they would walk up to their local bank branch and do the needful. The role of technology in banking was minimal but had been growing for a few years with the rise of net banking and companies to build a banking app to facilitate this. This growth had also not been exponential but rather very gradual.

The main reason that people were hesitant to use technology for banking was simple – trust. When it comes to your hard-earned money, trusting a third-party application, software, or website can often be hard. The technological stack up of bank websites was also not foolproof. They would suffer significant downtimes, and every customer who had indulged in internet banking had had at least one bad experience.

However, 2020 changed all of this. While most bank branches remained open. The hesitance to step out of the house was much greater than the hesitance to use technology for banking. Hence, the use of the internet and mobile banking increased by multiple folds during the year. Banks that had never had a mobile banking system in place came up with new apps.

Therefore, even third-party banking apps emerged, which allowed users to carry out transactions through a unified payment interface simply by connecting their bank account to the app. The year did wonders for the world of mobile banking. With billions of people being forced to move online, and banking companies forced to upgrade their infrastructure to handle the increased customer base, it created a win-win situation for all stakeholders.

Given the above-stated facts, now is probably the best time to build a banking app. Adoption of mobile banking by customers is increasing at an accelerated pace, and if you are able to build an app that provides distinct and comprehensive features, it will not take time for thousands of customers to start using your app or even migrate from other platforms.

How to Build a Banking App: A Step by Step Process

Let us take a look at how you can build a banking app?

The first step in building a banking app is identifying the needs of the user. There have been hundreds of new mobile apps released on app stores in the past year, and more are being released every week. This puts you up against the great competition and provides you with a large amount of data to play with. To understand the needs of your user base, you can commission a survey of mobile banking app users. This survey must delve into the depths of how people utilize mobile banking apps. How they interact with these apps, and the types of transactions they use these apps for.

Another option, if you do not have the budget to commission a whole study, is to purchase a study from one of the many marketing websites. That professionally conduct surveys and post them on the internet for companies to use, but for a cost. A significantly less expensive but more painstaking method is to go through the customer reviews of these apps and understand each app’s drawbacks separately.

2. Building and Verifying A Prototype

For any app that you intend thousands of users to eventually use regularly. Building a prototype before you actually start coding can be an important task. If needed, you can even build more than one prototype to gain acquaintance with the pros and cons of your app’s different features.

Building a prototype doesn’t just allow you to test the features of an app, though. What it also does is help you determine essential considerations. Such as the platform you want to build your app on, the design features that your app should have. Whether your app can handle an inflated number of users, and so forth. This further allows you to create a rough skeleton of the eventual app that you will be creating. You can build on the reviews you receive for your prototype and continue improving it until you have built a mature app.

Regardless of what other features you offer customers through your bank app, the main feature that they expect is modern, multi-layer security. For people to trust you with their money, they expect you to have invested significantly. In your security resources and made your app immune to attacks and interventions.

For most banking apps, this is not true. Positive Technologies calculates that attackers can access around 13 out of every 14 banking apps from the client side, and 3 out of 4 vulnerabilities don’t even require physical access to a user’s device. Hence, when you build a banking app, make sure you remove the name classes and methods from your code. Using SSL and 256-bit encryption, asking users to update passwords regularly, and two-factor authentication. Also, keep on ensuring that your security setup is updated regularly, even after the app has been released.

Now is the time to test all the hypotheses, theories, and features you have planned for your bank app. To make a banking app, among the most important choices is the language in which you will code the app and the platform you will use to code it. This isn’t merely about your own comfort with a particular language or software. Your platform must provide certain features to all programmers who will be working on the app. Now and in the future, and be capable of implementing the features you want your app to include.

To make a banking app, the platform you use should generally be native. Since it provides programmers with significantly more control of their app. You must also try to set up a DevOps team when you decide to code the app. Thus, make sure the code is agile enough for updates to be pushed through with ease. Since there are considerable security considerations involved in your app. It is also best not to use any open-source code in your app.

Suppose your app has open-source code at integral locations. In that case, it just makes it simpler for attackers to utilize your code’s vulnerabilities, without even having to learn much about the structure of your app. Additionally, before you start finally shipping the bank app or additional features you might have added to it. Make sure to run automated testing on the app to root out dormant errors.

When you make a banking app today, it is not enough to simply deal with one bank or a small group of banks. You must have integrations with all banks that offer any kind of mobile banking services. It is important to understand here that while the pace of mobile banking adoption is increasing. It is being led not by customers of large banks but those of smaller players.

Large banks have already been in the mobile banking game for years now and might even have developed a loyal user base. However, your initial customers will be users who have not migrated to mobile banking. Those who are associated with smaller banks that do not have a lot of app support.

There are two types of testing that an app can go through. The first is automated testing. While most companies have implemented continuous testing and continuous delivery methods. A significant proportion still test after developing through a separate testing team.

Once this form of testing has been completed, you can go forth and test your app with a focus group. The focus group can provide you with essential insights into your app’s features. However, drawbacks at the user’s end, much like the group did when you have provided it with a prototype.

After all testing and upgradation have been completed, it is time to release the banking app. Certain apps stores can take up to months to verify such an app, so this might be a game of patience.

Building a banking app is not the easiest of tasks, and in the face of immense competition, the need to stand out increases even further. When you build a banking app, pay close attention to the security features you are offering. Supersourcing can be of great aid to you in this regard by connecting you with companies that provide mobile app development services for various different domains.