Why Laravel is the Best PHP Framework for Web Development? 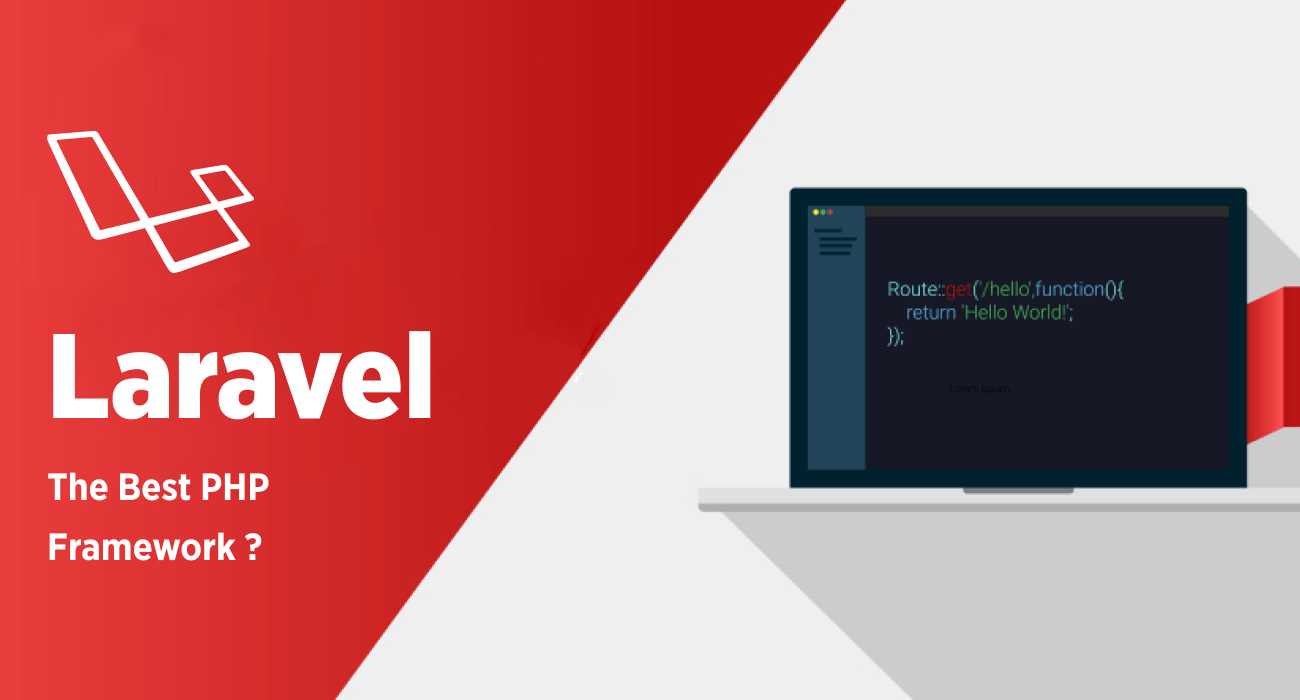 Why Laravel is the best PHP framework, is the major question. Let’s understand briefly. Laravel PHP framework eases some commonly executed tasks such as, authentication, caching, routing, sessions, and many others. It allows developers to focus on building business related features for the application.

Reasons: Why Laravel is the best PHP Framework? 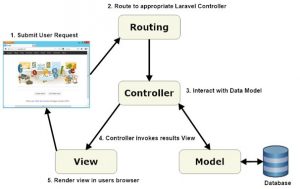 Laravel framework follows MVC (Model-View-Controller) architectural pattern. It is easy to use and consequently offers an incredibly convenient approach to develop small or big business applications. With it, web craftsman’s can organize huge projects with more than five record files for further improving maintainability.

At the point when you have to work on a huge project, you need to manage a ton of unstructured code. Therefore, by using MVC you can simply improve your coding structure and make it simpler to work with.

MVC support also makes it simpler to find files in their logical directories while working on huge projects. With it, you can handle the process of how your application shows up in the real world, so you can work on the application to improve it for branding purposes.

Programming tasks mostly include the usage of template engine that behaves as a tool for managing a ton of textual information in web applications. In other words, the template engine connects the data model, processes the code provided in the source templates, and guides the output to a particular text file or stream.

The Blade template engine permits data show and broadening layouts without influencing the application’s performance and speed. It assists you in making innovative and stunning layouts using the feature of content seeding.

Moreover, it gives its own structure to make and view a file that incorporates conditional statements and loops. You can likewise use the master template to make a single layout that can be extended by different documents. 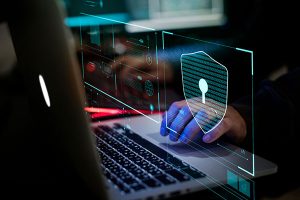 Still wondering why Laravel is the best PHP framework for web development, then learn about its security feature. Security is a fundamental component of any database, and the PHP framework Laravel guarantees it will be integrated into your design. Laravel framework and architecture guarantee that the security of application is the priority and is taken into consideration. Laravel doesn’t save passwords as explicit messages can be compromised due to this.

At whatever point a given user signs into the system, an automated token is generated to discourage unauthorized access to the site. Then the password is encrypted using the Bcrypt hashing algorithm. Laravel framework makes it hard for injection attacks to occur on the database as it accompanies with its SQL statements already prepared. The different security features includes that you can discover in Laravel framework include the following:

Any Laravel development organization is aware that one of the most important aspects of PHP Laravel framework is the potential to automate activities. You can use commands for work automation with Artisan, as it offers command-line interface. It empowers developers to build their Artisan commands that can be task-specific or customized.

Artisan’s simplicity permits you to use a variety of orders to finish routine activities. They cover activities including making a database seeder, designing a blueprint, database migration, and making a controller.

The advantages of compatibility elimination issues between databases, for example, MySQL, PostgreSQL, SQL Server, and SQLite are heavy. At the point when you decide to hire a Laravel Development Company, you can rapidly move from one database to another. In addition to that, you can incorporate a variety of scalability options by modifying vital Laravel configuration specifics.

Libraries play a significant and vital role in developing any kind of web application. As we know, a library is an assembled form of multiple resources that you possibly may need during the coding or application development process.

Using libraries helps the developers and makes it a lot simpler for them. It results in coding at a relatively high speed. Object-oriented libraries belong to object-oriented programming languages. 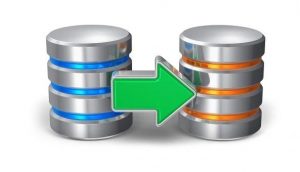 Do you wish to move your data from the stored database to another? You can do as such under database migration. It is the way toward transferring databases from one platform to the other.

The reasons behind doing as such might be different, based on various reasons and requirements by an organization or a company. Using a Laravel framework to perform Database migration is a much simpler task and should be done easily.

Like to understand why Laravel is the best PHP framework for web development and it offers a simple and efficient migration process, which considers change incorporation into the new development machines. This feature is among the most prominent features in Laravel.

It runs tests on two directories including Feature and Unit. Firstly, Unit tests are for little coding portions. Feature tests are for huge codebases with multiple objects.

Laravel can run numerous unit tests simultaneously to ensure all your new changes are tested appropriately. In this way, when it is about testing your application, unit tests are better in light because they make it simple for developers to perform application testing.

Laravel costs less compared to other PHP frameworks due to its MVC design and Unit testing features. These permit web developers to construct business applications that are scalable and within a limited budget.

Learn in detail, the types of software testing and its pros and cons.

Consistently, Laravel has demonstrated itself as an amazingly convenient tool for powerful web app development. Thus, the above mentioned features should help with tackling Laravel’s abilities and develop an intuitive solution that meets your project’s requirements.

Ideally, these pointers have helped you in understanding the Laravel framework and understand why Laravel is the best PHP framework for web development. However, somewhat it is better and why it has dramatically acquired popularity throughout the years.

The best thing about it is that it gives a chance to developers to learn and improvise with different components of its framework. So you can acquaint yourself with its attributes at your own speed. Eventually, numerous new PHP frameworks have shown up but Laravel has battled to remain on top and be the best PHP framework for web development.

However, if you are looking for expert PHP developers or agencies and still wondering why Laravel is the best PHP framework for web development, then you might have got your queries answered through this blog. Though, still having any doubts you can straight away connect with any expert Laravel development agency. Check out the list of top Laravel web development companies.

One thought on “Why Laravel is the Best PHP Framework for Web Development?”